Improve Document Security at the MFP

Widespread news of high profile data breaches in recent years has prompted businesses to make changes to how they store and process data. In addition to more obvious areas of concern, such as desktop or laptop computers, attention has been drawn to less obvious areas of risk, including multifunction printers (MFPs).

There was a time when the greatest potential for loss with an MFP was through human error, where the intended recipient left copies of the document behind, but with today’s sophisticated components and networking capabilities, the threat is much higher. While there is still a risk of documents falling into the wrong hands, an unsecured MFP can easily fall under attack from hackers or thieves, placing the data on the hard drive at risk of breach. Here are four steps you can take to deter theft, and safeguard your data at the MFP and beyond.

1. MFPs – Managing computer operations, including MFPs, is often a task assigned to IT personnel, including designating user access. A series of passwords or other identifiers can prevent unauthorized individuals from gaining access to sensitive documents, while ensuring the user is physically present at the MFP before starting the job.

2. Mobile Devices – Mobile printing has been widely embraced by the business community, with 75 percent or more placing a high value on having the ability to print from devices such as smartphones or tablets. However, controlling who is allowed to print, and from which devices, is necessary to safeguard the integrity of documentation.

3. Hard Drives – The hard drive within an MFP is a security risk, but disk encryption features like Advanced Encryption Standard (AES), and a Trusted Platform Module (TPM) can help protect sensitive data from harm. Automated log and remote disk wiping can help in the event the hard drive is removed from your place of business.

4. Networks – As part of your office network, your MFP is vulnerable to hackers, viruses and thieves just like your computers, and should be secured behind a firewall, using SSL encryption for added security.

By taking the right precautions and educating your employees you can minimize the risk of a data breach, and protect your company’s important information.

What is a Document Management System?

A beginner's guide to managing documents from paper to intelligent automated workflows. 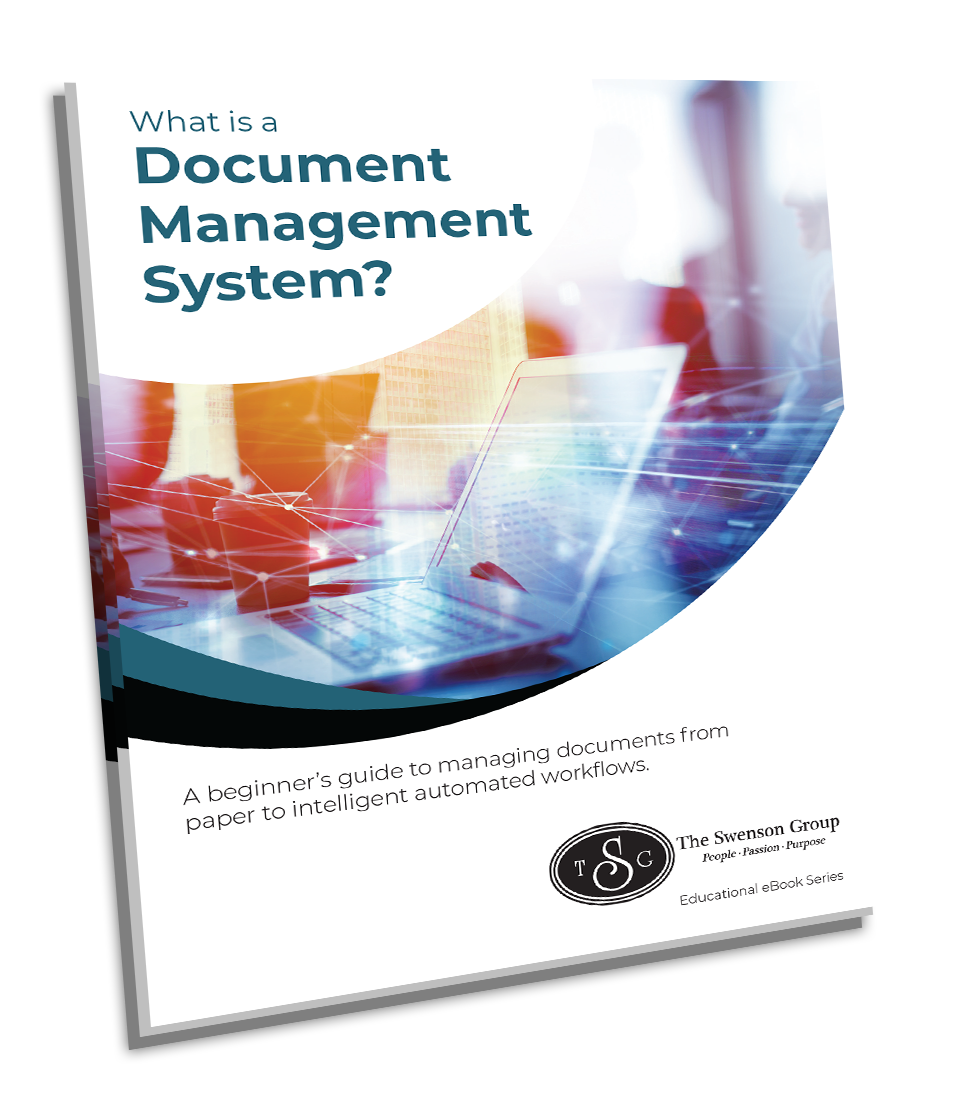 7 Avoidable Mistakes Most IT Managers Make

Popular eBook for IT leaders and Business Owners.

Can’t Find What You’re Looking For?